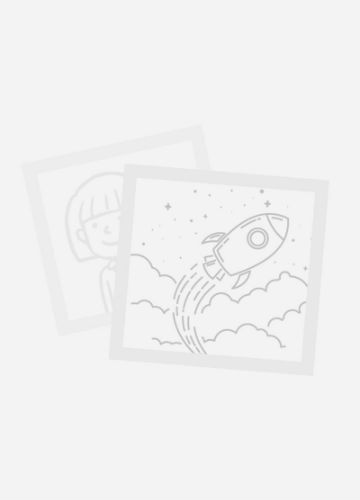 From a distant home the Savior we come seeking,

Using as our guide the star, so brightly beaming.

Glowing gold I bring the newborn babe so holy,

Token of His power to reign above in glory.

Frankincense I bring the Child of God’s own choosing.

Token of our prayers to heaven ever rising.

Bitter myrrh have I to give the infant Jesus,

Token of the pain that He will bear to save us.

PRAYER OF CONFESSION: Merciful God, in baptism you promise forgiveness and new life, making us part of the body of Christ.  We confess that we remain preoccupied with ourselves, separated from sisters and brothers in Christ.  We cling to destructive habits, hold grudges, and show reluctance to welcome one another; we allow the past to hold us hostage. In your loving kindness, have mercy on us, and free us from sin.  Remind us of the promises you make in baptism so that we may rise to new life, and live together in grace. Amen.                                (A moment for silent reflection)

While Apollos was in Corinth, Paul passed through the inland regions and came to Ephesus, where he found some disciples.  He said to them, ‘Did you receive the Holy Spirit when you became believers?’  They replied, ‘No, we have not even heard that there is a Holy Spirit.’  Then he said, ‘Into what then were you baptized?’ They answered, ‘Into John’s baptism.’  Paul said, ‘John baptized with the baptism of repentance, telling the people to believe in the one who was to come after him, that is, in Jesus.’ On hearing this, they were baptized

in the name of the Lord Jesus.  When Paul had laid his hands on them, the Holy Spirit came upon them, and they spoke in tongues and prophesied— altogether there were about twelve of them.

Again he began to teach beside the lake.  Such a very large crowd gathered around him that he got into a boat on the lake and sat there, while the whole crowd was beside the lake on the land.  He began to teach them many things in parables, and in his teaching he said to them:  ‘Listen! A sower went out to sow.  And as he sowed, some seed fell on the path, and the birds came and ate it up.  Other seed fell on rocky ground, where it did not have much soil, and it sprang up quickly, since it had no depth of soil.  And when the sun rose, it was scorched; and since it had no root, it withered away.  Other seed fell among thorns, and the thorns grew up and choked it, and it yielded no grain.  Other seed fell into good soil and brought forth grain, growing up and increasing and yielding thirty and sixty and a hundredfold.’  And he said, ‘Let anyone with ears to hear listen!’

When he was alone, those who were around him along with the twelve asked him about the parables.  And he said to them, ‘To you has been given the secret of the kingdom of God, but for those outside, everything comes in parables.

PRAYERS OF THE PEOPLE:

Spirit, spirit of restlessness, Stir me from placidness, Wind, wind on the sea.

You moved on the waters, You called to the deep,

Then you coaxed up the mountains  From the valleys of sleep,

And over the eons  You called to each thing,

You swept through the desert,  You stung with the sand,

And You gifted your people  With a law and a land,

And when they were blinded  With their idols and lies,

Then you spoke through Your prophets  To open their eyes.          REFRAIN

You sang in a stable,  You cried from a hill,

Then You whispered in silence  When the whole world was still,

And down in the city  You called once again

When You blew through Your people  On the rush of the wind.    REFRAIN

You call from tomorrow,  You break ancient schemes,

From the bondage of sorrow  The captives dream dreams;

Our women see visions,  Our men clear their eyes.

End of Year Giving Statements for 2020 are being mailed to those who are unable to attend in person worship.  Please remain distant while you find yours in the Narthex.

Offering Envelope Booklets for 2021 are ready to be picked up in the parlor.  If you would like to have a booklet please inform the church office and we will prepare one for you.

If you would like a friend to see and hear this worship service simply go to:  www.presbyteriancc.org click on website and follow the link to Worship Services, where you and others can follow online the previous services.  To worship virtually with us on Sunday morning go to Facebook and search Presbyterian Church of The Covenant, Sarasota and share worship there.